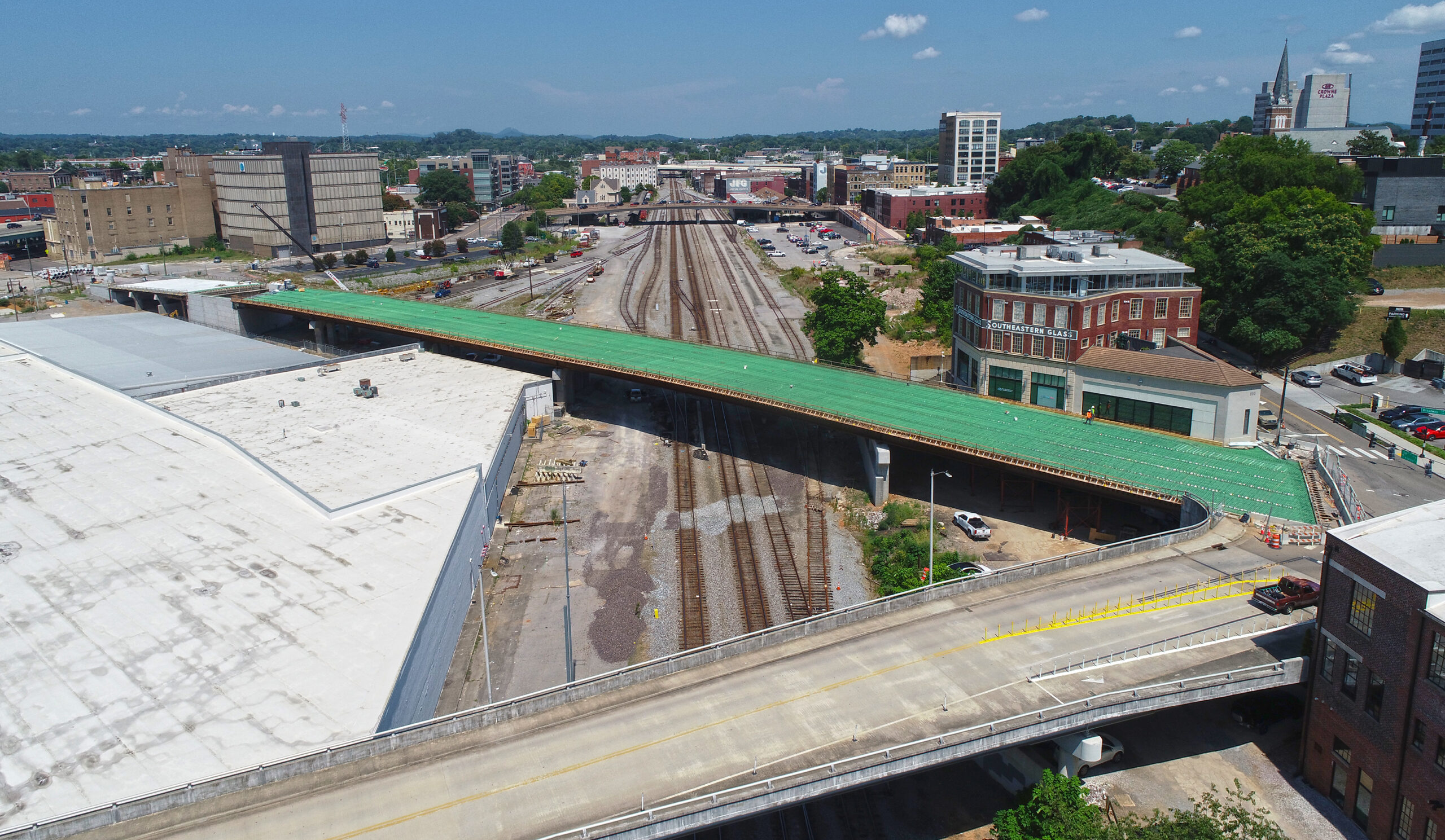 Cannon & Cannon assisted TDOT with a bridge replacement over two separate multi-track Norfolk Southern Railway lines located in downtown Knoxville. The bridge is located on Broadway and SR 1, between Oak Avenue and West Depot Avenue. This urban area project required detailed coordination with Norfolk Southern as well as the numerous utilities in the area in order to accomplish all design aspects of the roadway, bridge, proposed drainage and the railroad in addition to the utility realignments. Close coordination was also required with TDOT throughout the duration of this project.

The roadway alignment was shifted so as not to interfere with a local business. The wye track located within the project limits will be moved by the Railroad Consultant.

CCI also worked with Knoxville Utilities Board (KUB) for the design of the relocation of the existing electric facilities, in conjunction with TDOT.

The complex project includes two new bridge designs (box and truss) over a railroad switchyard. Utilities that were relocated were both hanging on the bridge and underground at the base of the bridge and the approaches. The utility scope also included:

Project is currently under construction. 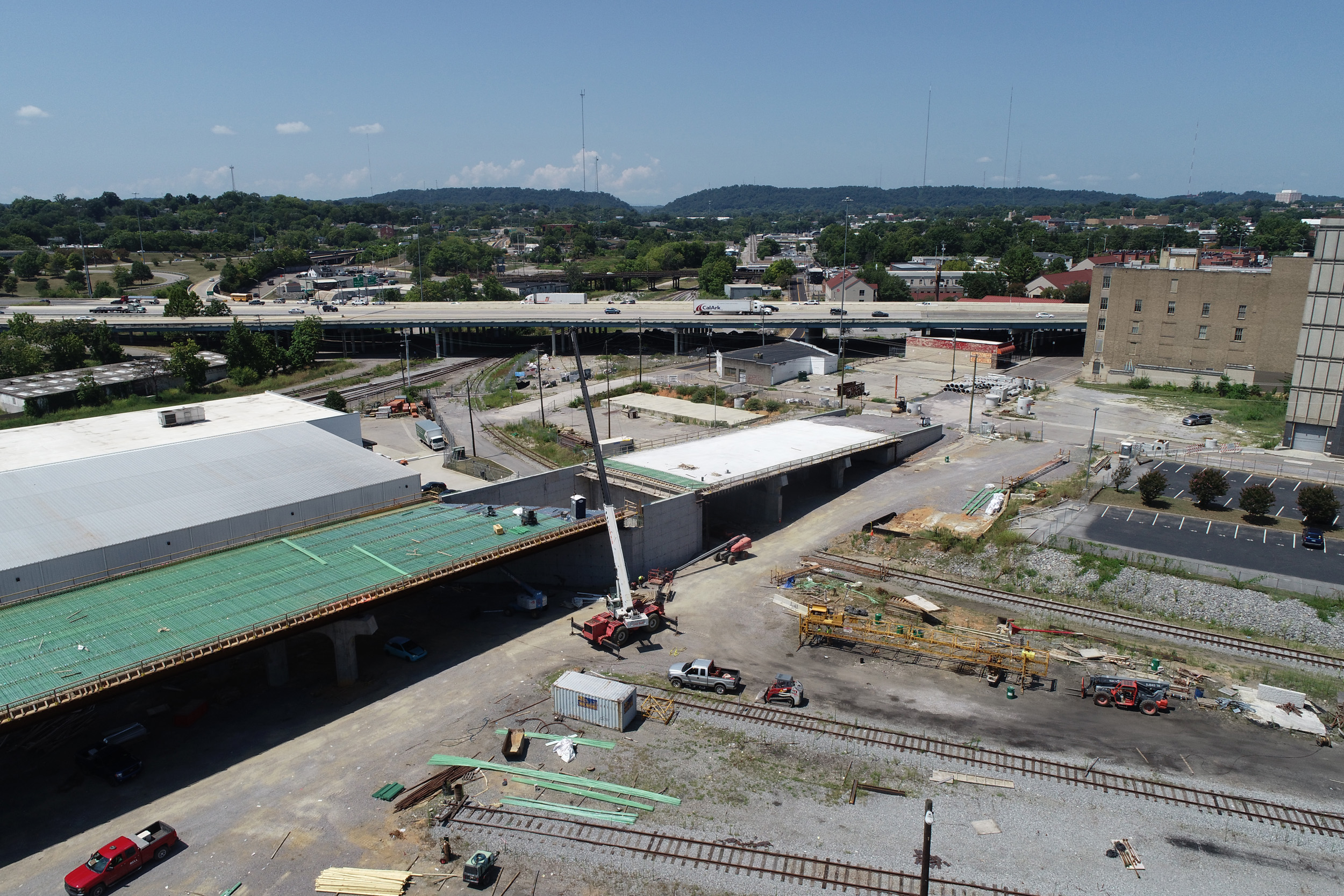 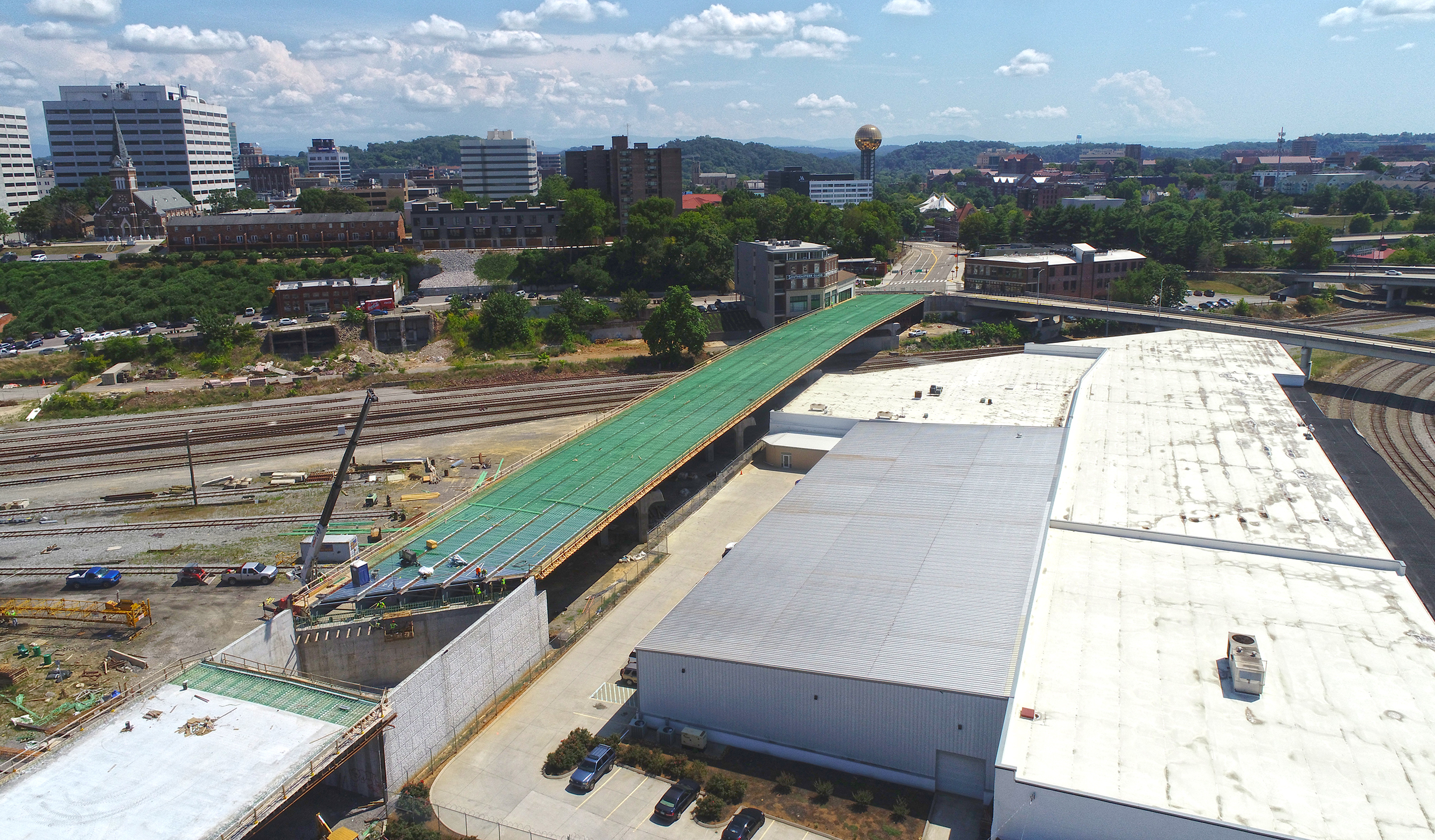