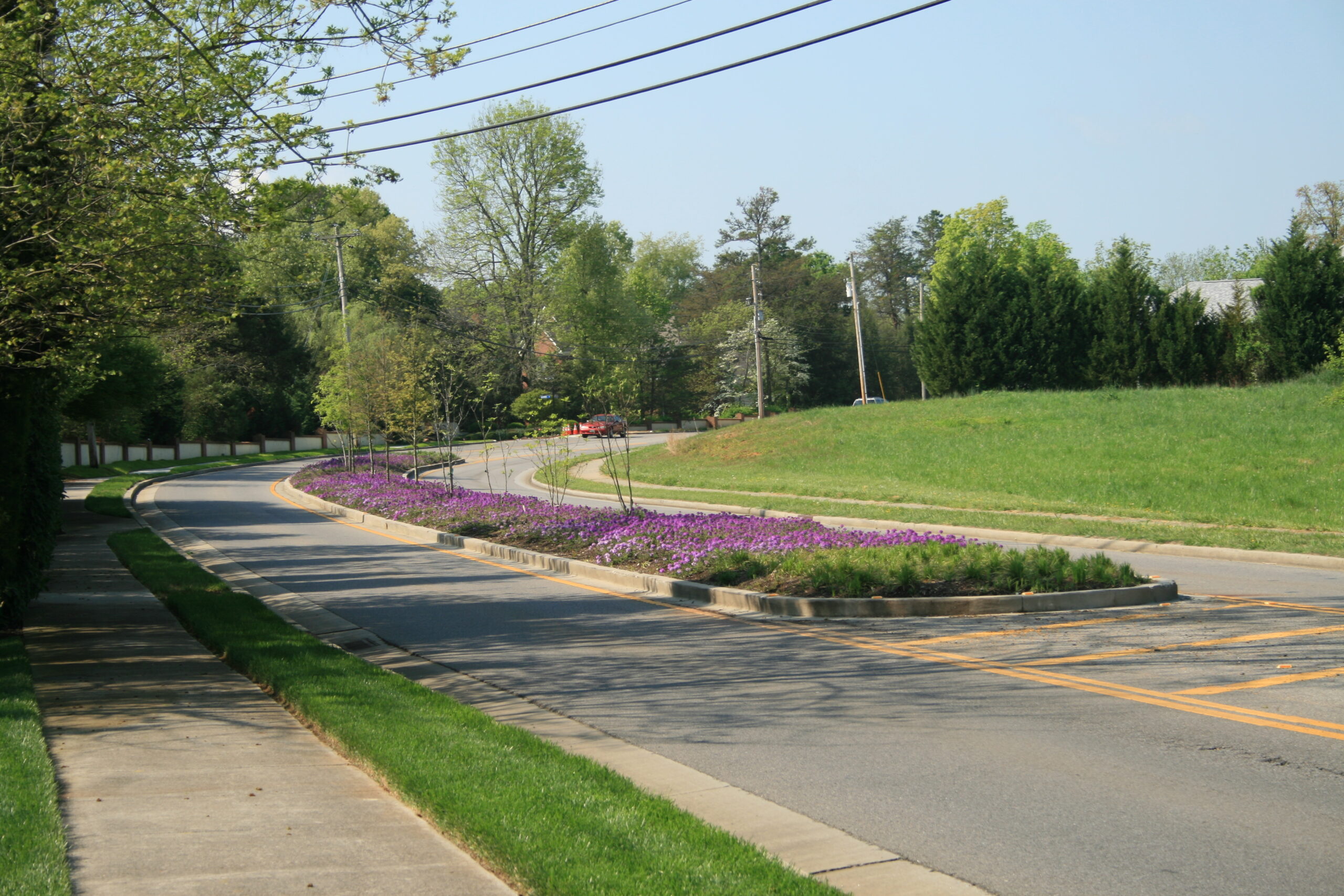 The scope of this project was to establish and design appropriate traffic calming measures to reduce traffic speeds and discourage cut-through traffic on a major collector roadway within the Town of Farragut. The specific measures included the narrowing of through traffic lanes to 11 feet in width and the provision of strategically placed raised median islands in the existing center turn lane. The raised medians were added in an effort to not only calm traffic, but also to prevent illegal passing in the center turn lane, which was occurring regularly. The narrower through lanes yielded a wider center turn lane (14’) to improve safety and ease of movement for vehicles making left turns.

The landscape design included trees, shrubs and irrigation. The median noses were given high visibility by adding reflective striping and reflective pavement markers. A pedestrian crosswalk was enhanced and relocated to bisect the raised median island at the east end of the project. This provided pedestrians a safe haven in the median and better visibility to motorists. 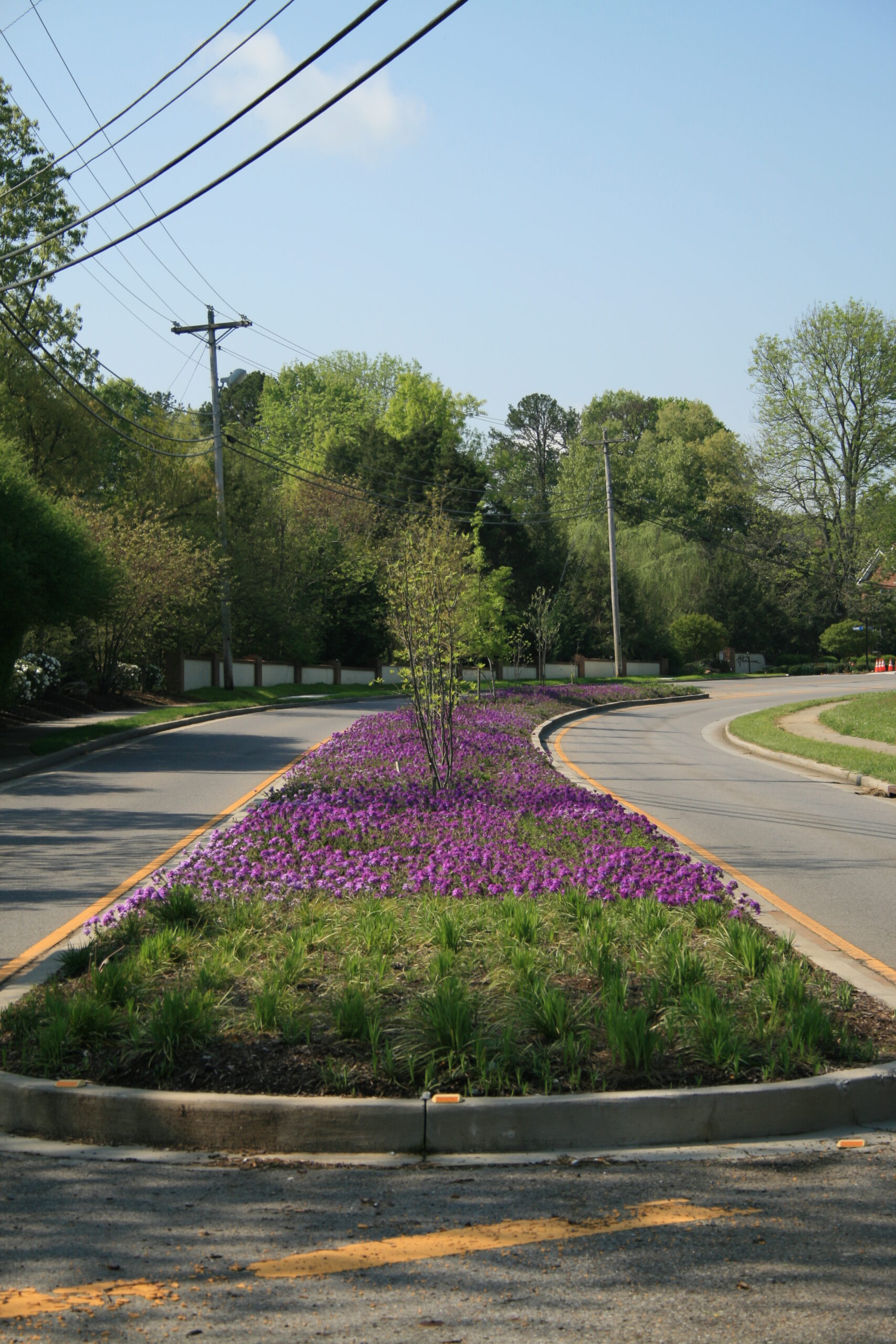